My inner Pollyanna is missing! 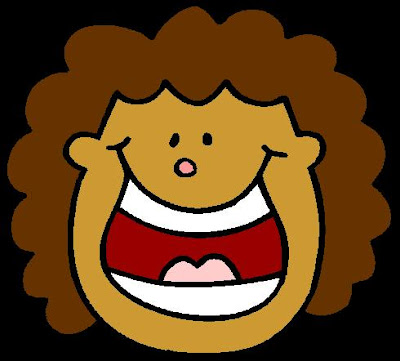 This is me, except I'm not as tan.

Funny, the difference between Ryan and I. This was us this morning. We were digging footings.

Ryan: "You think too much. You know what I think about? Shear walls."

Maybe I needed this reality check. I'm hoping it's the pregnancy hormones (can only use that excuse for a good 4 months or so more...) but sometimes I feel sorry for myself and get a martyr attitude. Last week I had a bad attitude week. Poor me, I do EVERYTHING, blah blah blah. Now, not to discount myself, I do A LOT. Jack of all trades, master on none- that is me. And I think living with four other people in 320 square feet of living space, with another on the way, only makes the tedious chores I do repeatedly throughout the day, well, more tedious. When space is short, there is no "getting away" even for a minute. After two years of this, sometimes I think I've reached my point. You know, THE POINT. The point when you think you'll be in the loony bin any second. Take all this, ask your husband when he thinks the house might be done (grasping for hope, that's me) and discover/reaffirm you and your spouse have opposite views on how to get things done. (I'm a stress case, he's not. Lucky guy.) Think our discussion in the car last week that ended with a "Let's not talk about this anymore." couldn't have gone any worse and fell on deaf ears, mumbling in my head all week long about living in a trailer for the next ten years, thinking at least it will be paid for when we move out... negative thoughts. This weekend I decided to change my attitude, slipped miserably on Sunday (I don't know WHY I get so bad around Ryan's family, maybe deep down I'm hoping they know something about him I don't and can give me a hint. Maybe because they lived in a tiny trailer while building a house...) anyway, while digging footings today, I told Ryan I put all my sewing stuff in storage. He said "That's good, after talking last Sunday I decided to pawn off the living nativity to so and so, he'll do a good job, and finish this trailer and that's it. Nothing else but house." That was followed by "Kacy, Will, get OUT of the mud!" and we went back to our normal stuff. I leaned on my shovel while watching our kids make hideous messes of themselves. Ed came crying over to me and I checked his diaper- it was full of dirt. Dirt and a rash make a sad, sad baby. I took off his diaper while outside and he just smiled and laughed- ah relief. Anyway, I love Ryan, even when he threatens that the house will take five years to get done. (He was joking, I think...). I do take myself way too seriously way too often and forget to be fun a lot of the time. He reminds me relax. I need that. He once teased me when we were dating that I was Pollyanna because I USED to be positive. Not so much anymore, but I know my inner Pollyanna is somewhere, probably lurking in my pinkie toe. I'm going to dig her up.
Posted by Karrie at 9:26 PM