My week in Pictures 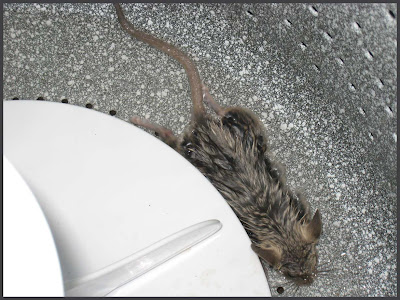 "Heeere mousy, mousy, mousy..." This is a drowned woodrat. It's a rat but kind of cute like a mouse. In my washing machine. I came into the trailer and told Ryan I had a "man job" for him to do. He said I was a wimp and should do it, and I said "Okay, you change Jessie's poopy diaper" and he left to get the rat out of my machine. He used pliers to fling it into the bushes. (LOVE having bushes where things can be flung to...) 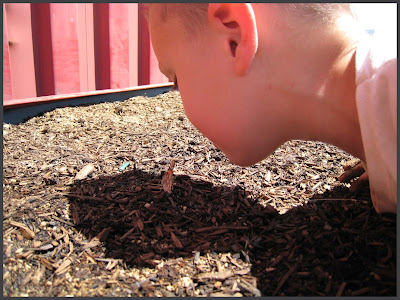 We have an insane amount of butterflies right now. After I water my garden, they come out in full force for a sip of water. Will is fascinated by them. 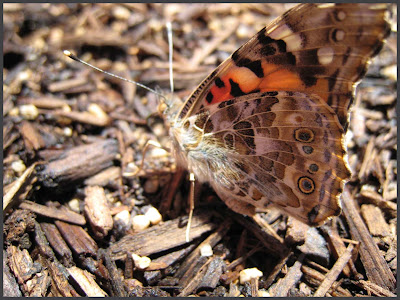 Close up of one of the butterflies- they make me happy. 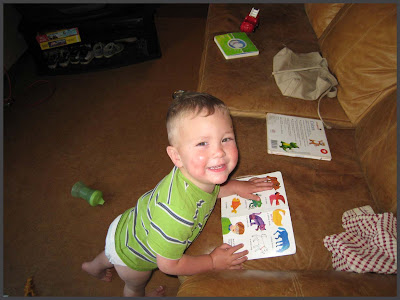 Ed and his trail of stuff. Just when the trailer is perfectly clean... 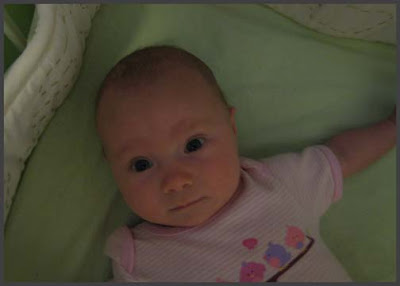 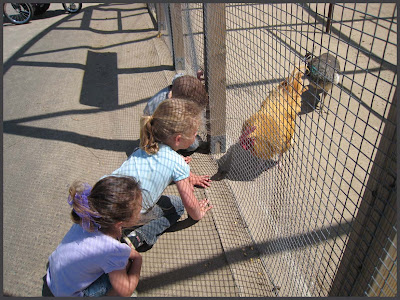 We went to Murray Farms for playgroup. On the plus side, there were no field trips so the place was relatively empty. That was really relaxing. On the downside, we paid $7.00 per person for the group tour which included the petting zoo, the hay maze, and a tractor ride for fruit picking. We got to pick 2 peaches each. That's it. Last year we got to pick blueberries, a peach, a nectarine, and an apricot. So, we were all disappointed and since this is our third time going, and the last two times weren't great, we won't go again. 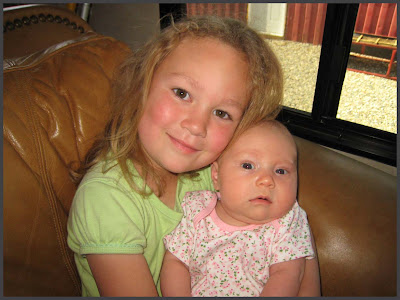 We had other stuff happen, too. My visiting teacher/friend Jenny came over with pizza and an ice crushing machine and the kids had fun. We went to Ridgecrest Thursday night because it was hot, I didn't want to cook, Home Depot needed more of our money... the kids were belted in, given Taco Bell, and were fabulous. It was almost like a date! (What are those???) I added three more blogs to my list: Jimmy Bunting, Maryellen and Brandon Hess, and Angie Thompson's. The week wouldn't be complete without three colds, one fever, a goose-egg on the forehead, and a split and bleeding lip. 90% of those injuries are Ed's.
Posted by Karrie at 4:08 PM