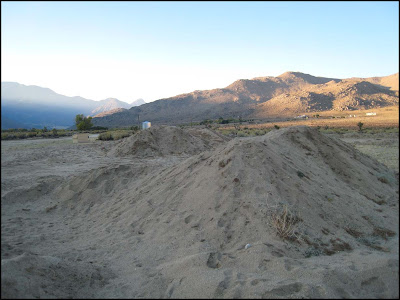 The picture above was supposed to be last. These are our two dirt mountains, and I promise they are more than 8 feet high. They are quite sizable, and all the dirt came from digging out our house. This is the dirt that is going to require a front loader to fill in. See below. 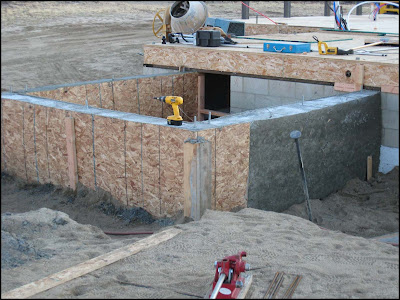 One of the retaining walls. It's not pretty, but it doesn't have to be because it will be back-filled up to the top with the mountains of dirt. Our whole house needs about this much dirt moved. The cement truck backed into one part of the forms, and that caused some grief. But it all worked out in the end. It always does. 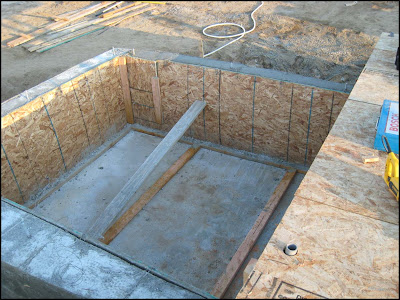 Top view of this area. This will be underground, and will house the outside portion of two dual-pack units (AC and heating). It's quite big- at least 8 by 12 feet. Our wrap around porch extends 12 feet, and this portion of the decking will probably be a big metal grate or something. Ryan probably knows for sure. There is also an access door into the crawl space. 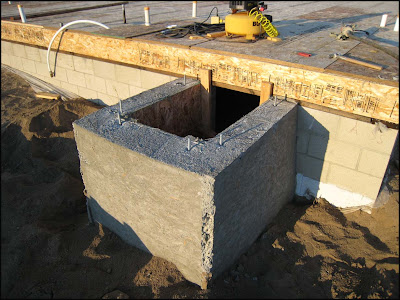 The mini version on the opposite side of the house. This one is only for access into the crawl space. Again, like Ryan said, it isn't pretty, but it doesn't have to be. He built up some plywood forms and said that metal would have been better, but it all worked out. Because, say it with me, it always works out in the end.
Posted by Karrie at 4:28 PM

Email ThisBlogThis!Share to TwitterShare to FacebookShare to Pinterest
Labels: house