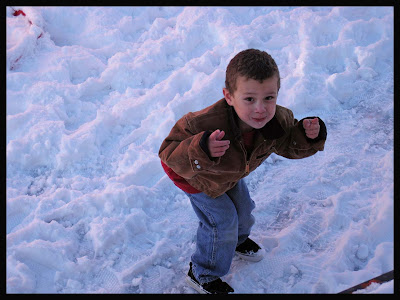 I think Ozzy (Black Sabbath) sums it up best when he sings "I'm goin' off the rails on the crazy train!" I am on that crazy train. Here is our day today: 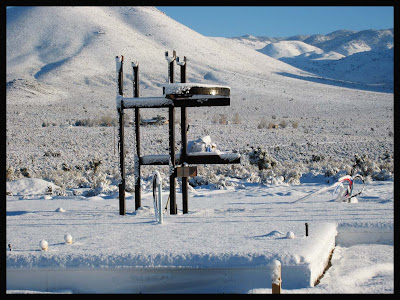 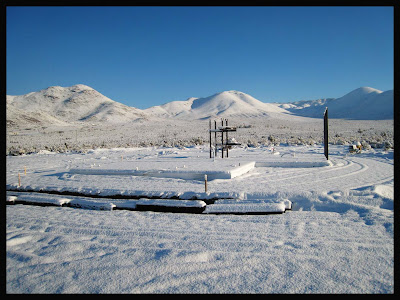 What our house looks like today. Hard to make any progress when everything from the house to the tools is under an inch of ice and three inches of snow. But, isn't it pretty? In that "I'd rather not really be there because my feet are freezing, but it's a nice picture." kind of way. It's all about proper footwear for the snow. Not that we have any.
Posted by Karrie at 7:00 PM

Email ThisBlogThis!Share to TwitterShare to FacebookShare to Pinterest
Labels: house, me, trailer