A Visit with Santa 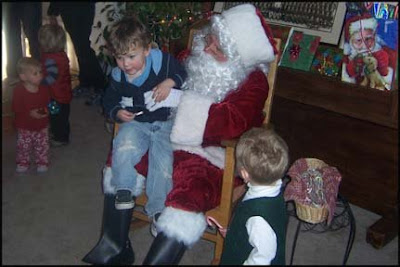 This took a lot- Santa was a great Santa and distracted Ed while quietly snatching him up for the photo op. He had a bell in his hand that he had Ed ring, and he played "Hi-5" with him. 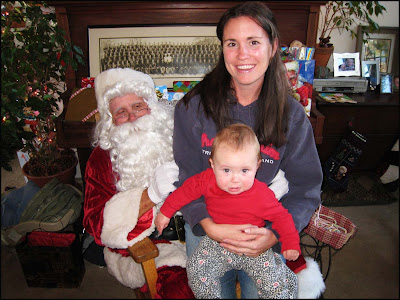 I am sitting on Santa's lap. Totally uncomfortable. His idea, not mine. Ryan said he was a dirty Santa, and then I told him that I thought he was the same one that worked in the town's Christmas park, and he said "Oh, he's cool. Nevermind." Still... see my straight hair? Nifty. 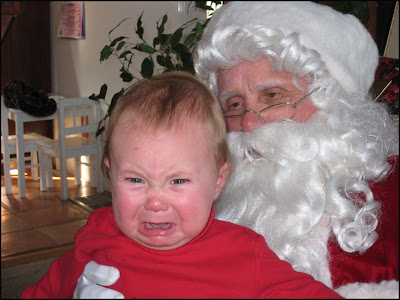 Where's Will? He wouldn't even come in the room.

Email ThisBlogThis!Share to TwitterShare to FacebookShare to Pinterest
Labels: kids, me