I'm not a princess, but I'm thinking of converting... 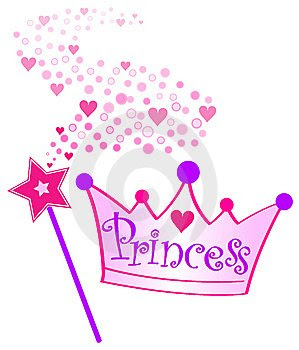 As I was hammering a board while standing on a ladder five and a half feet above ground in the 104* heat, I had the thought "Maybe I should be more feminine. Wear more make-up, shave my legs daily, buy some heels... but that's dumb." I am feminine, to a point. For example, I can't lift heavy things high above my head. I don't hawk and spit lugies in front of Ryan. I only swear at inanimate objects that I have to fix in the heat, and at my dog who is so stubborn it's ridiculous. I don't change the oil in my car myself. I wear eye-liner and mascara to church and to most public outings. My hair is long-ish and curly- that should automatically count as something. AND, although I hate shopping, (it's the bane of my existence), I do keep myself reasonably presentable. Other than that though, I am much like an androgynous little twit. I prefer to wear boy clothes. I see the value of a tool belt and am threatening to get my own (only with a Karrie sized hammer and not a Ryan sized hammer...). I like to shovel dirt. I can hold down the homestead while Ryan is away... even if I don't like to. I had the thought that Ryan is ONE LUCKY GUY to have married such a capable and mostly whine-free woman. But then I thought, "Maybe he'd like a princess better." Then I snorted out load and finished the job of fixing the stacks of insulation again, and hopefully for the last time. Because I'm really not that capable. And a princess wouldn't survive out here for more than a week.
*************************************************************************************
In other news: