Day Trip to the Beach

We took a day trip! It was so much fun. The kids were pleasant and well behaved. I didn't have to jump off any piers or rocks to save Ed. I call it a success!

We started off by leaving the house a 7am, and headed out for Morro Bay/Cayucos. We had a prayer in the car. I asked the kids to say it because I was driving, and I asked them to please ask Heavenly Father that we can travel safely. Will volunteers to pray, and I hear something about safety, and then I hear "and please bless us that a shark will not come out of the water to eat us alive..." We stopped at a park in Lost Hills to stretch some legs and use the bathroom. This was a good move on my part, because I think it helped the kids ride longer in a better mood. It took a total of four hours to get there, including our stop at the park.

When we got there, we met my friend Kibbe at Cloister Park in (near?) Morro Bay. It was fun- our kids played for a long time, and we got to visit! I hadn't seen her in over a year. We had a picnic lunch (from home, with fresh blueberries and turkey sandwiches-yummy!). I don't have any pictures, because I only brought my big camera, and you just can't take use the big camera at the park. I have yet to see anyone wear a camera around their neck while giving underdogs! 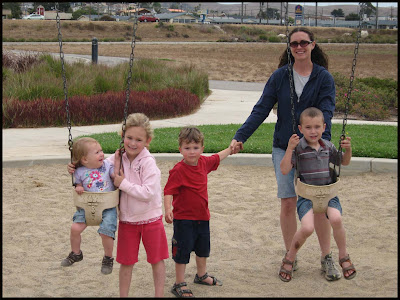 At the park- thanks for taking our picture, Kibbe!

After the park, we drove into Morro Bay to visit the aquarium and The Shell Shop. I love the aquarium. Admission: 12+ $2.00, 5-11 $1.00, 4 and under Free. Score! Three of us were free! We bought some fish to feed the seals- that cost another dollar. It's a rinky dink aquarium, but so perfect for my kids attention span, and they can feel like they are wandering a little, but I can see them at all times! 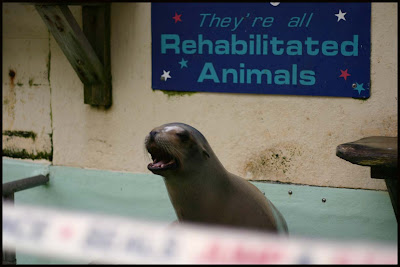 There were two seals (or sea lions? or this one is a sea lion? I don't know) and this one was the noisy one. He was quiet when we walked in, and as soon as he saw the white bags that hold the fish, he let out a "aaaaaauuuuuuuuugghhhhhhhhh" until he was thrown a piece of fish. It was so loud. Jessie hated it. She didn't cry, but she was shaking and wouldn't let go of me. 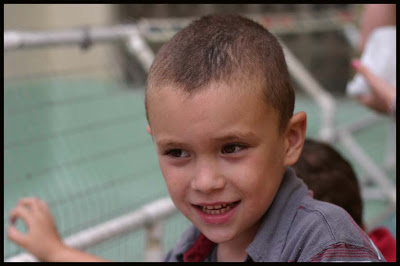 Will loved every minute of the whole day. He had the best time, and his enthusiasm about everything encouraged strangers to talk to us. I'm used to it, but I think it's funny. 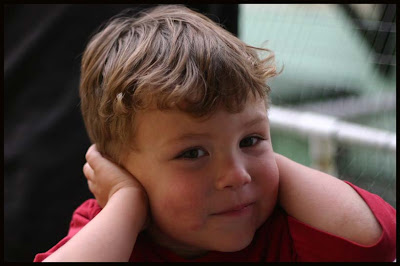 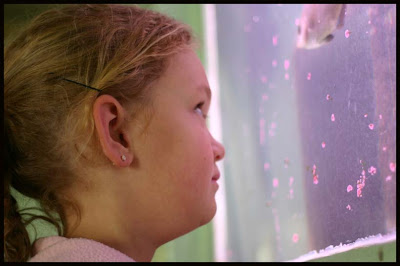 Kacy looking at some fish. 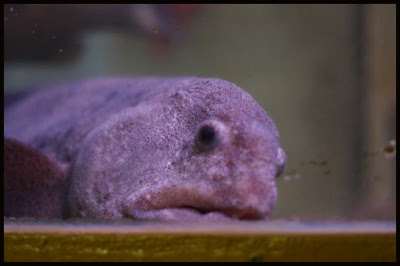 Glad I'm not this guy. They are UGLY! They sit there, gaping their mouths open like they are perpetually sighing about how horrible it is to be an ugly sea snake. 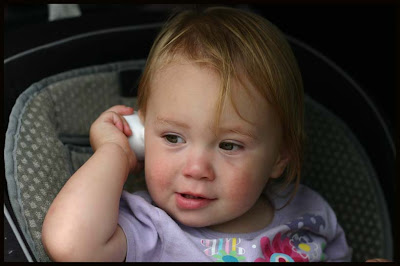 We went to The Shell Shop, which is right across the street from the aquarium. The kids each got to pick out a shell. Jessie knows that you are supposed to put them up to your ear... for some reason... because her brothers were doing it, trying to hear the ocean. 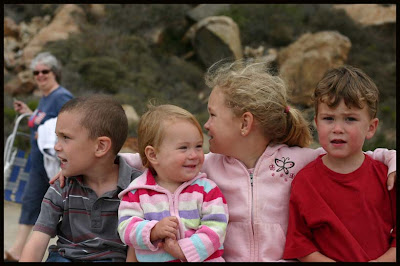 Attempt a group shot of the kids at Morro Rock. See the lady in the background? We get that a lot. 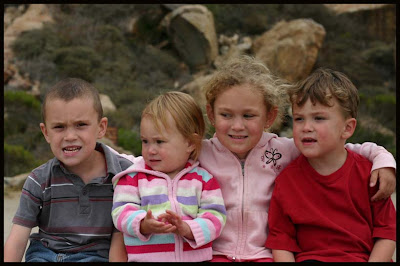 Second attempt... nobody in the background, but the kids are dying to get off the bench. They were only there for 30 seconds.

Morro rock was fun because there was a little beachy area that was clean, and the kids loved climbing on the rocks and playing in the water. After awhile there, we went to "the real beach with waves" and went to Cayucos. 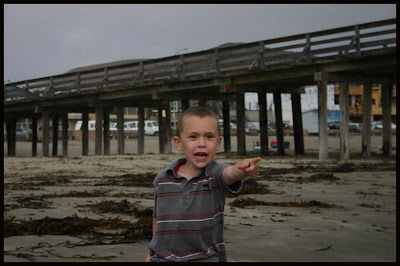 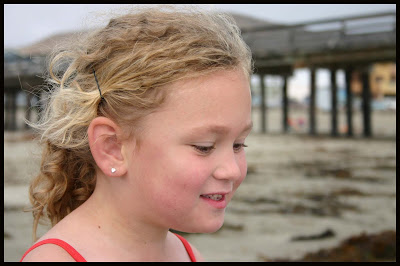 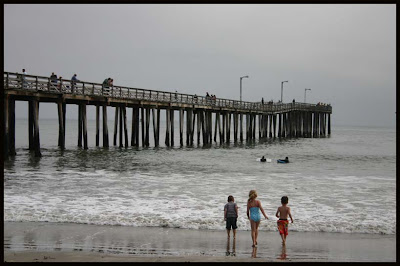 The boys are not afraid of the water. The beach was full of sea weed, and so was the water. I wanted to rake the beach to make it better. I had never seen that much there before- maybe there was some biological/ecological explanation, tied to the phases of the moon... on the plus side, we hung out on the pier for awhile watching dolphins and seal. There were lots... and lots. No pictures, because I was holding Jessie in one arm, and using the other to make sure Ed didn't lean over the edge too far. It was so neat- we saw pelican type birds dive-bomb into the water, coming up with fish, and we watched the seals and dolphins leaping and swimming.

After the beach, we headed out. We stopped in Paso Robles at the Carl's Jr for dinner, and then drove, drove, drove, all the way home. We got home at 9:30pm. The kids were exhausted! It was great, totally cheap (my car got 32mpg! picnic lunch! and next time, Taco Bell for dinner!) Can't wait to do it again.