Photographing Children is a Talent... That I Don't Have 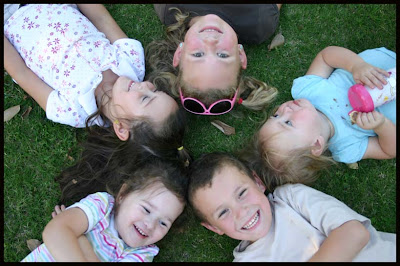 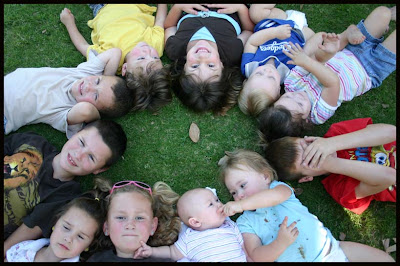 Jessie is poking Charlotte, who doesn't seem to mind. Jack was crying and covering his face... no one really knows why. SJ and Emma and looking elsewhere, and honestly, the circle is so big, I can't get the right angle... a ladder might be required. Alyssa looks cute, Ed is not paying attention, Will still has his elbows up even though there were three adults telling everyone to put their hands down (in varying degrees of niceness). Then there is Benjamin, Gracie, and Kacy... not too shabby, but it's frustrating that this was the best one. By far. Maybe next time I'll line them up in a line, heads stacked on top of each other, kinda zig-zag. Oh well, what can you do? At least no one was picking their (or someone else's) nose.
Posted by Karrie at 10:20 PM