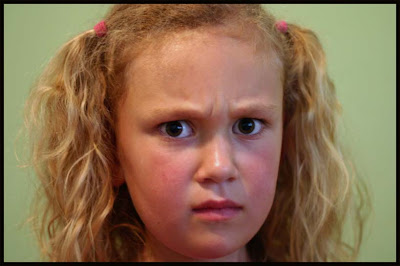 Kacy's mad face... she's practicing for when she has kids that don't listen. 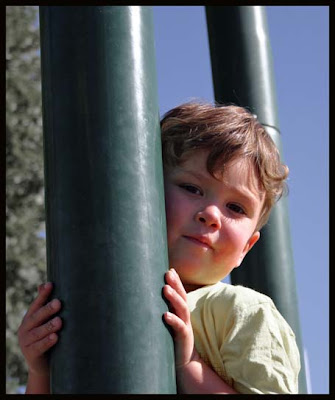 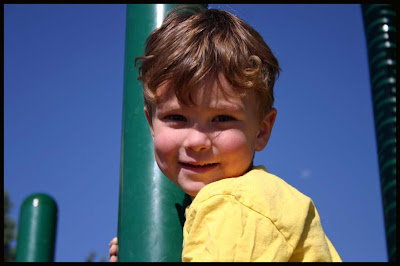 What a cute little stinker! I took him and Jessie to the park before our Primary meeting and made them run around, play on the swings, and hike. I thought maybe it would settle him down and he wouldn't feel the need to leave the (large) room we meet in. It didn't work, so in my book, it was almost a waste of time because it just made my day longer. He is really photogenic, I don't think I have a bad picture of this kid. (Well, I have "my fault" bad pics because of my photographic learning curve...) Not my genes at all! And, I'm not as upset about his behavior right now as I was earlier in the week- but I'd still like some proactive strategies to help me cope with his activity and the fact that people don't really enjoy being around him because he's constantly jumping or running or poking. It doesn't bother him, but it totally bothers me. 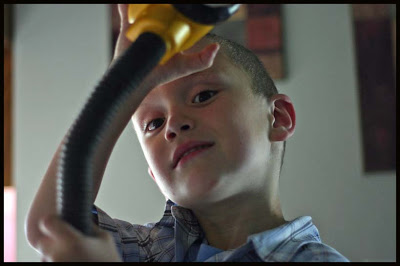 Will went to the ENT yesterday (the same one that took my tonsils out when I was seven, and the one that has worked on Karen since she was an infant) and my biggest surprise was that the Dr. didn't seem that old! I was little when I saw him, but still, that was *gulp* 25 years ago. The result of Will's hearing? He falls within normal ranges, but with low frequencies he is at the bottom of the range. He suggested having his hearing tested yearly for a few years to monitor the situation. But no treatments are necessary! Will said, "See? I told you I can hear perfect!" The Dr. office was so cool, in an old fashioned way. Will asked me if there were ghosts in the building. The examination room we were in had five (5!) doors in it, and there were lots of little hallways and cubbies everywhere. It was complete with the hanging skeleton that I remember from when I was little. I did not like being put in a teeny tiny (not that tiny) sound proof booth with Will for the audiologists exam... the door closed, it was insanely quiet, and I had to focus on the little air vent. I kept thinking I could rip out the weather stripping on the the bottom of the door so I could let air in. (I'm not at all claustrophobic, can you tell?) 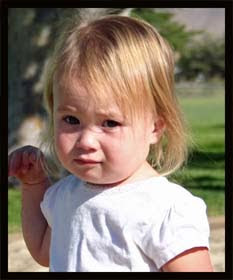 Jessie went to the Dr. yesterday as well. This is the look she kept giving the nurse. She is 18 months now, and she is 33 1/2 inches and weighs 25 pounds, 12 ounces, which puts her in the 75% for both. She is my petite one! All the others were 100%+, with the lowest being 95% for weight on one of them. I like to think of Jessie as my "normal" sized kid. I'm relieved to know they don't stay giants forever; they just seem to grow really fast for a few years. She got two shots, and knew they were coming. She went shopping with me and we went to Taco Bell... she was happy after that! She says all the family names, plus cat, dog, here it is, over there, shoe, and hat, with a lot of pointing and nodding her head "yes."

Me? I went to Bakersfield twice in one day. It wasn't horrible, but never again.

Ryan? Almost has the roof done. Pictures soon. I have three REALLY important things to do before Sunday, so I'm sure I'll be blogging soon. Because I procrastinate.
Posted by Karrie at 9:45 AM