Mom? I Have a Wittle Pwobwum. 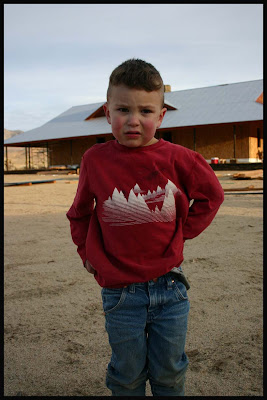 Look at his waist. You can almost see it. 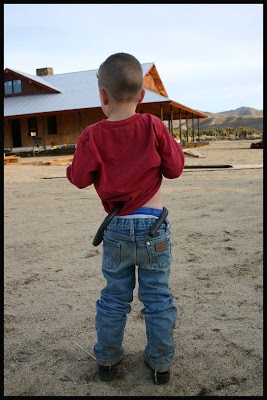 The boy got a bar stuck around his waist. I don't know why. I don't know how. All I know is that it was poking him in the back, and after a minute of me trying to get it off, we walked over to the trailer so Ryan could take a look at it, and as soon as we got close enough to open the door, Ed did a little wiggle thing and slide right out.

This ranks right up there with the time Will found craft beads at the campground and stuck them up his nose. I didn't know he had done that until he started sneezing uncontrollably, and one flew out. He had three up his nose altogether... and I was grateful to be able to get them out myself. The baby snot sucker thing worked well, as did sitting him upright and putting pressure on his nose from the top going down. He was almost two when he did that.

My girls have done nothing like this.
Posted by Karrie at 2:49 PM