Michael came up Thursday with his trailer and 4x4. He and Ryan went driving around in the mountain snow that night, then on Friday they worked on window trim. Friday afternoon Kendra braved the drive and came up with her kids. My kids' bus driver was astonished at the number of children waiting for the bustop. Between the two of us, we have nine children with the oldest being nine years old. It is quite a sight... much like herding cats. That night, since they were "camping" (and I use that term very loosely, because they were staying in a trailer... and we live in a trailer... and I am just a hair away from camping for a living...), they started a campfire. You know what tired people look like around a campfire... 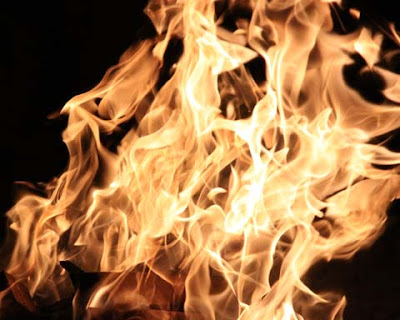 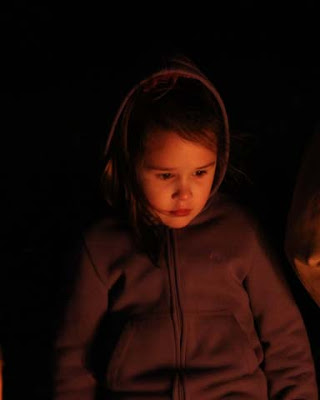 Gracie had a long day of driving and playing. 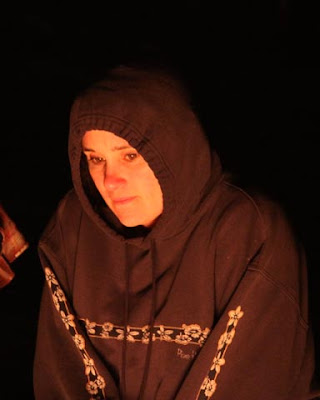 Kendra had a long day driving and herding cats. Oh, and waking up multiple times a night with a certain chubby baby. 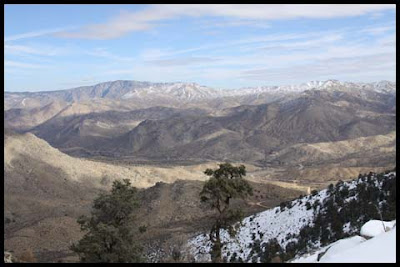 The next day Michael convinced us to go to the snow. It went like this:
"You goin' with us to the snow?"
"Nope."
"Why not?" he asked me.
"Well, I'm more of a beach bunny, not a snow bunny. Besides, I drive a Mazda." Excuses, excuses. I just have not so warm fuzzy feelings about day trips to the snow as a child with wet jeans, wet tennis shoes, and no gloves.
"We can take the Excursion and the Samurai. It'll be fun."
So, we piled in, and went. The verdict? I like four wheel driving. A lot. And it wasn't that bad. My kids were not whiner babies! And the snow was only 15 minutes from home. 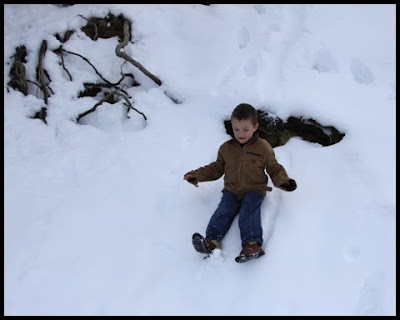 Will taking the fast way down the hill. We should've brought a trash sack to sit on. But then he might have gone right across the road and over the really steep cliff on the other side. 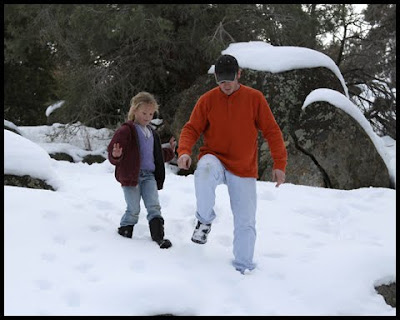 Michael helping Kacy navigate down the side of the hill. She was having trouble with confidence and downhill walking in the snow. Kendra with the "girls." These girls didn't really play in the snow. They mostly just walked around. 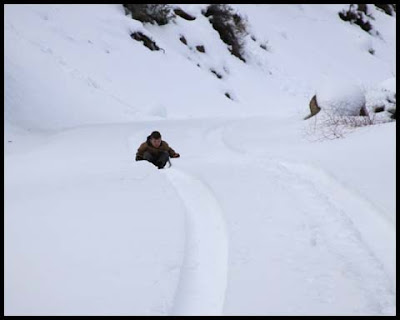 Ed used his body as a toboggan. 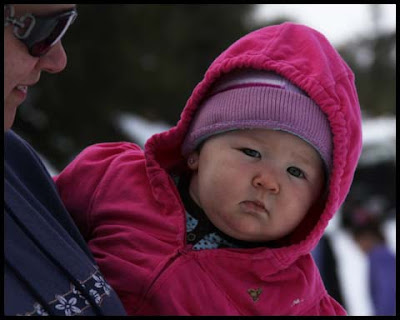 Charbella wanted to touch the snow once. After she found out it was cold, she was happy to be held. This is the chubby baby that keeps Kendra up at night. I love her chins. And her fat legs. 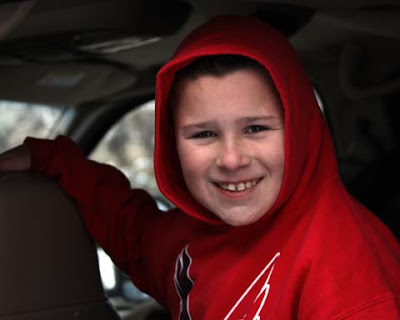 Before we left, Michael wrapped plastic wrap around his kids socks, duct taped it around their feet, and then slipped their shoes on. I was trusting my kids leather slip on boots to to a decent job of keeping their feet dry. Benjamin (above) did not want plastic wrap on his feet, and was in the car with wet socks and frozen toes within four minutes of arriving. He stayed there until we left. Lesson learned, perhaps.

The trip up was interesting, with Kendra driving the Excursion most of the way. I gave her the pep talk about steering toward the middle of the road while sliding... and then we switched and I drove. She was getting nervous, and that made me nervous. Then Michael, who was driving the Samurai, saw us sliding around and made me get out and drive the Sami. Which was fun. Kind of. It was a little tricky getting the darn thing to go without stalling, especially in the snow. It required me using the emergency brake to prevent me sliding backwards... and the kids rolling their eyes, with Jack saying "Oh man. My dad should just do this" while shaking his head. Every time I stalled he and Benjamin would say something about how their dad never stalls. And then they would laugh at me. Punks.

We had a good time, even if the snow trip was short lived. It was fun because we didn't have to drive that far. I would have hated to drive for an hour or more, only to stay in the snow for 30 minutes. I might turn into a snow bunny yet.