Two of My Grandparents 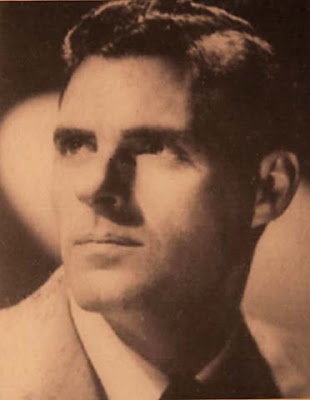 My grandpa. He died in June of 2002. He served in the Navy during WWII on the Robert H. Smith. He worked for years for Standard Oil. He started out in the mail room and worked his way up to the Land Manager of the Western Region. He loved RC cola, cake without frosting, and cooking in the kitchen. He would put third and fourth helpings of whatever was for dinner on your plate. He always made fun of me for worrying about my weight, and told me I could stand to gain 10 pounds. He's be happy to know that I have... he would sing like a native, and was generally goofy. However, if he got you alone, he'd give you a talking to. I don't know about the rest of my family, but everything he said was always helpful, even if it made you slightly uncomfortable at the time that he seemed to know more about what was going on that you thought he did. He's always ask "How much gas is in your car?" and then slip you some money "to fill it up" even if it was 3/4 full. I have more details of his life in my storage unit with all my other family history stuff, and will document later, but for today, I felt like posting a picture of him. 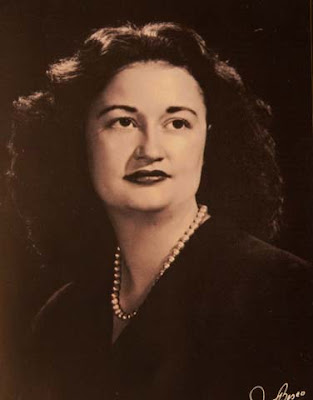 I love this picture of my grandma, because she looks so glamorous. Many people don't take pictures like this anymore. Probably because cameras are so commonplace now. She grew up on a farm in Idaho, riding horses and driving tractors. When she flew the coop, she went to San Fransisco and enjoyed city life. San Fransisco is her favorite city, although the culture has changed significantly since the 40's. She and my grandpa met at a place called "The Hangout" in SF in the 40's. They dated for six weeks before getting married in Reno, Nevada. I remember when my parents and aunt threw them a surprise 50th anniversary party. I was in college and had my really short hair... and it was ugly. That's how I remember. This picture is funny to me because somewhere I have a picture of her with a colander on her head while she's picking raspberries. She has been interested in genealogy since she was 12, and started me on the quest when I was about 19. She's a good friend. One of the traits I like about her best is that she is even tempered. She's not easily offended, and is not quick to judge.
Posted by Karrie at 3:38 PM