Hummingbird Festival at the Nature Preserve

Today was the 12th annual Hummingbird Festival at our local nature preserve. The preserve is beautiful! There were lots of hummingbirds! There were also lots of mosquitoes, rumors of ticks, and not a child friendly exhibit in sight, except for the one lady doing face painting.
We did see cows. 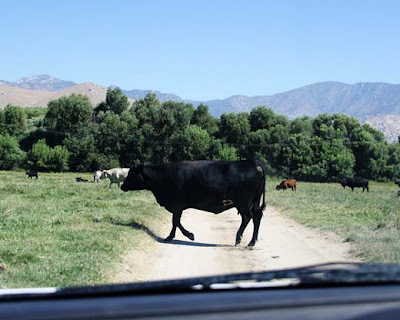 We always see cows, but this was the first time the kids were actually in the middle of a herd. All the bovine were traveling in one direction at the same time we arrived. I heard things like, "Hey! I see it's milkers!" and, "No, Will. Those are called udders." "This is so cool!" and, of course, "Mooooo!"
We also saw hummingbirds. 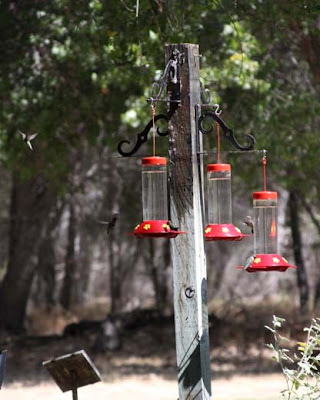 Because I am incredibly camera shy, and there was a large group of people in a semi-circle around this feeding area, I zoomed in as best I could and hoped for the best. Some day I'll work up enough nerve to say, "Excuse me folks. Mind if I squeeze in here for a sec?" But for now I am still a back row, nobody look at me kind of gal. 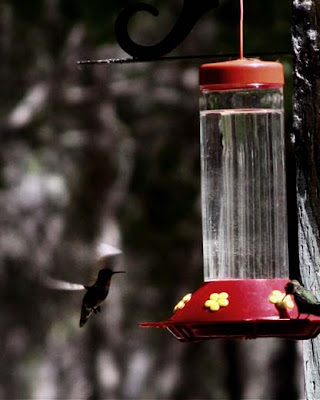 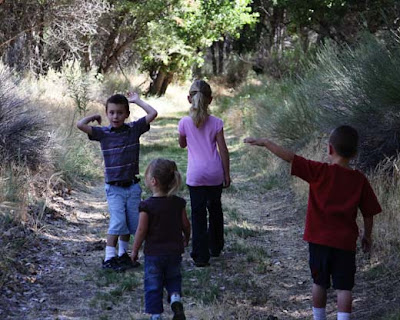 I tried a nature hike with the kids. They did pretty well, except that the fools I told to wear pants decided once again NOT to listen to me, and they got itchy legs and then started whining. Can you tell I'm tired of being the invisible advice giver to whom no one under the age of 6 listens to? I'm hoping it's just a bad week with the kids, that they'll get it all out of their systems, and they will wake up tomorrow morning magically transformed into caring, grateful children.
A girl can dream!
Posted by Karrie at 10:26 AM