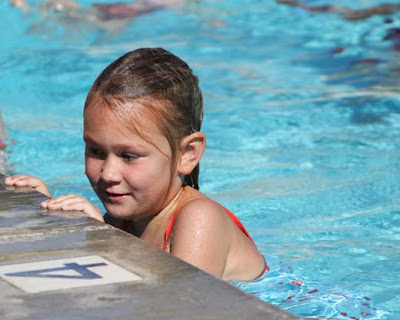 Coming up for air... Kacy did really well in swim lessons. She went through Level One and Level Two! Today she was so pleased that she could swim all the way to the deep end. 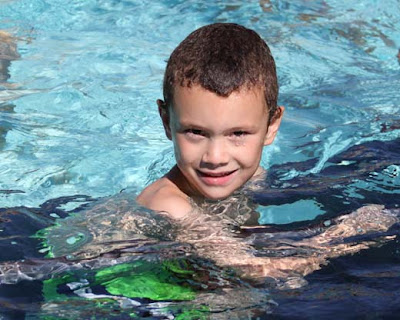 Besides a listening problem (this week I've wondered if the neurons from the ears to the brain have been turned off...), Will passed Level One! He has some work to do on his legs when he kicks. He has crazy legs. I call him "stink-bug-butt" because when he is swimming underwater with his arms going and legs kicking, his bootie comes up in the air. If he would straighten his legs, he's be a great swimmer. He twists his body as he moves his arms... it's just those crazy legs. But you know what? He went from sitting on the side of the pool for ten minutes the first day to passing level one. Good job, Will! 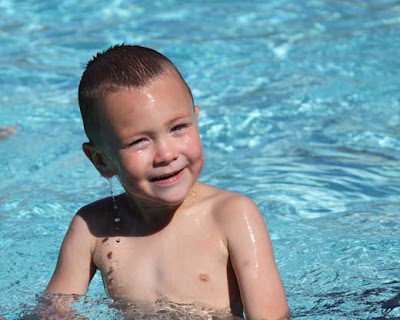 Ed did pretty well! He, too, has come SO FAR this summer. He didn't quite pass Level One, so he'll do that level again next year. He's got a great kick, but he doesn't use his arms so well yet. On the second day of swim lessons this session, his teen aged, blonde, and tan swim instructor was taking off her tee shirt and shorts so she could hop in the pool. Ed turns to me and says, "Mom. I like her swimsuit..." all smiley and shy. Think "Sandlot." I was half expecting him to drown himself so he could get some CPR, like Squints with Wendy Peffercorn. 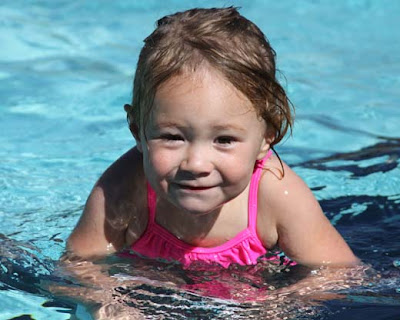 Jessie is quite comfortable in the water, and she is the cutest one in her class. I can say that because Ed and Will were her classmates. She did pretty well for being so little. She has a good kick. The funnest thing to watch was when they would practice their back floats. Jessie would do this awesome V-sit that would make any Pilates instructor proud. Then, she'd kick her legs. Out of the water.
I had a good time watching the kids in the water. I alternated between being frustrated with the boys for not paying attention, to laughing so hard I had tears in my eyes from watching Will's stink-bug-butt or Jessie's perfect scissor kick out of the water. Watching Kacy face her fears head on and even enjoying the pool and Ed no longer clinging for dear life to the swim instructor made the time and money all worth it.
If you know where I live, and live in the same area, I would highly recommend the swim program up here. The instructors are great!
Posted by Karrie at 10:30 AM