Last Saturday, Marcie and I did our first wedding shoot! It will probably also be our last, just like that time we did this play where we both had to sing. It was a debut and retirement all in one. Anyways, the B's in our ward asked her to do it because "she has a nice camera." She wouldn't do it without me. She does a lot of action/sports photos. I have done a few babies, and just lots of random stuff. I have to say we make a good team, personality wise. We both stress a bit, but not to the point of grumpiness, but rather delirium. We made plans before hand. We reviewed the shots yesterday, and I'm going to say they are great! Ha ha. At least, they are very decent, with a fair amount of good ones. We both agree that we are missing some bridal party shots, due to lack of time. We had beautiful scenery at the temple grounds in LA, but we only had about an hour before we had to drive to the first reception. That hour just wasn't long enough...another 20-30 minutes would have yielded some good shots.

I was worried about using a flash, especially outside as a fill flash. Turns out, it POURED rain and was really overcast. And windy. But, I practiced on my willing model the week before. I have an on camera flash that is manual/independent of the camera settings. Here's Kacy: 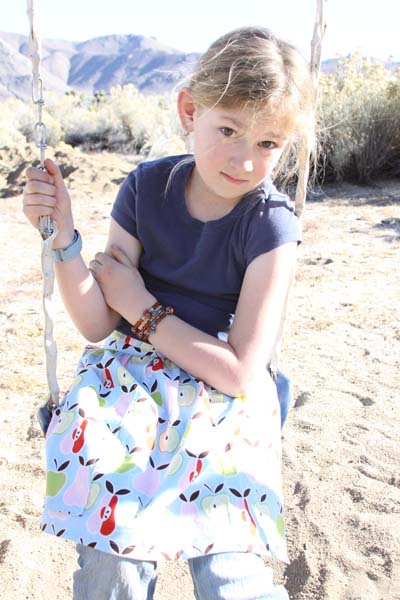 Using my flash in the middle of the day. A little washed out, no? But her face is evenly lit, which it wasn't without the flash.

I like this shot I took of Rachel. Looks okay in color, all the tones are right, lighting is right... but I LOVE this in black and white. Dramatic. And, I want thick eyelashes like she has! 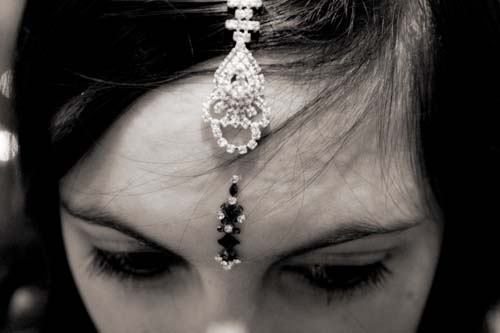 Other things: We  have carpet in the house. And, all the wood floor is in. And the handrails on the stairs and loft. Ryan is beginning to build the kitchen cabinets- hoo-rah! Awaiting our income tax return so we can get the outside stucco finished!

Soon, people, soon. I'll post pictures of the house soon. I hope this week.
Posted by Karrie at 7:03 PM No comments:

My Puppy is Here! Last Wednesday, my puppy was born! She's a blue Queensland Heeler (aka Australian Cattle Dog, or ACD). We are all so excited, me probably the most. We have gone through a list of names, thinking a one syllable name is best for a cow dog. (So when she's out with our future horses or herding my goats it's easier to yell her name.) I am 99% sure her name is Pearl. Kind of feminine, one syllable, and old fashioned. She has a spot on her butt near her tail, too.

We are gearing up for puppy life, and for fun I did a YouTube search on Queenslands. There is one annoying video where the dog is jumping up on the camera over and over, which is just bad manners. The rest all show how smart the dog is. There are 8 and 9 week old puppies who sit, stay, come, shake, roll over, get the ball (instead of the doll!). Active (yes!) and smart (yipee!). Can't hardy wait to go get her!

Super busy on house and with life.

Got our backsplash all figured out. It involves Mason jars.

Bought a dishwasher. The stuff dreams are made of! What will I do when I have both a real stove/oven, a dishwasher, AND my washer and dryer I love so much? I will be spoiled!

I was sick last week. It involved a lot of phlegm and bronchitis, and a yucky voice. At one point when I was clearing my throat, Jessie told me I sounded like "Darf Mater." (You know, like Darth Vader?)

Looking to buy a good canister vacuum that will tackle tile, hardwood, and carpet. Think I found one.

I feel like all I do is spend money. Probably because it's true. ;)

Posted by Karrie at 8:41 AM No comments: 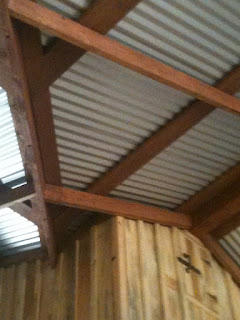 "I think I'm sick."
"What kind of sickness?" I ask as I feel his forehead.
"An emotional sickness."
"An EMOTIONAL sickness?"
"Ya, I just don't FEEL like going to school today."

I broke my Facebook ban and logged on today and sent out my river rafting invitation for our girl's trip. I realize some of you don't check FB or are even on there, so here it is:

You are invited to join our girl's rafting trip. I haven't set a date yet, but am leaning towards a Saturday so dads can watch kids and working girls might have the day off. Either early June or mid August. (I guess a Sat. in July would do... but lots of us are are vacations then.)

The cost will be no more than $200.00. Start saving/planning now! (Includes the full day trip, two meals, a tip for the guide, and any gas money you might put in your car to get there.)

Where: Lake Isabella, rafting down the lower Kern (the Gusto Run), with Kern River Tours. Class III and IV rapids.

Lots of fun, and the guides are great. Bring a friend if you want (girls only!) and join us for an awesome day.

I'm looking forward to seeing you girls from last year again, and hoping more can join us! (I have to say, that for most of us not knowing each other, and me being the common link, I have AWESOME friends who are all very kind and willing to befriend strangers. Everyone had a great time, so if you are worried about being "alone" or think you are too shy, don't stress about it. Everyone I associate with is down to earth and can carry on a conversation, lol. And, my friends like people. I have no patience for people who take themselves too seriously, I guess. It reflects in who I hang around, and I love my people! Wishing I could socialize more...this is my opportunity!)
Posted by Karrie at 10:51 AM 1 comment: 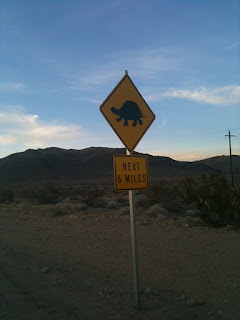 We went exploring for New Year's Eve. We visited the BLM wild horse and burro facility (our favorite place), and then took a road that ended at the ECR. (Electronic Combat Range? I think?) We saw this cool sign on the way, and I've never seen one before!
Posted by Karrie at 7:37 PM 2 comments: