I Scare a Beggar. Oops.

Has it been that long since I've blogged already? I'm no good at this stuff!

Today I scared a beggar. I think "beggar" is the right word. He wasn't a hobo, or homeless. He had access to a fairly nice car (looked like it ran, and was in good shape). I'm going with "beggar."  Here's what happened:

I had just got done spending a small fortune for groceries at Von's, one of the most expensive places to buy food for a family of six. On top of the cost, I ended up bagging my own groceries, because no bagger was around, and Ed (the cashier who said he was having a "blessed day") wasn't doing it. That's probably why his day was blessed... he wasn't working that hard. Now, I'm used to bagging my own groceries at my favorite stores, but I pay less and it's a good trade. Anyway, as I'm loading groceries into my car, Dude comes up to me carrying a little gas can and a new soda from the gas station. He MUMBLES something about coming here to shop, and can I spare something for gas... and I looked at him, took a step forward, cutting him off,  and said "I just bought groceries for my four kids..." and before I could say another word, he backed away and started walking across the parking lot. I finished mumbling like a crazy lady as he walked away, and I noticed he got into the passenger seat of a car in the middle of the parking lot, talking to his friend, the driver.

I can honestly say that I didn't even feel guilty for not giving him the dollar in my pocket. Ever since a hobo at the Taco Bell, Downtown Bakersfield, got up into my personal space and made me feel like I was in danger, I have been skeptical of all people asking for money.

Moral of the story: The Downtown Taco Bell hobo forever hardened the soft spot I had for beggars, and Vons makes me grumpy.

I will add a few bucks onto my charitable offerings this month to make up (hopefully) the difference. I will also work on my soft spot for beggars. But until then, all beggars beware. I will NOT appreciate being approached in my personal space any longer. You come up too close to me, I will attack, first with my words.

Oh, shoot! I just had to add another few bucks to my charitable giving. Dang it! I'm pretty sure this is not how it works...
Posted by Karrie at 5:19 PM No comments:

Email ThisBlogThis!Share to TwitterShare to FacebookShare to Pinterest
Labels: me 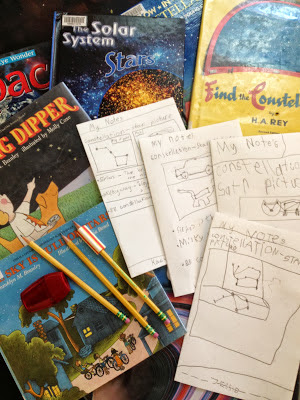 So, my sister Kendra has five kids. The oldest is going into 8th grade, and the youngest has one more year at home before starting Kindergarten. Kendra and her kids are already going stir crazy, and they've only been out of school for like a day or two. This post was inspired by her plight, and I promised I would share my ideas with her for summer fun while keeping the sanity.

I thrive on schedules. Not like, "It's 8:04 and I'm four minutes behind!" kind of schedules, but more of routine type schedules. I get more accomplished in my day. I am a happier person. Because of that, my kids are better behaved with routines, especially Will, whose anxiety flares up with the unexpected. So, I made a schedule for the family. It's all printed out nicely, and hangs at my desk. We follow it loosely, and I have some goals that go along with the schedule.

To start, I'm a big fan of summer learning. As a former teacher, I dread the summer brain-drain that happens when kids veg out the entire summer. It's sad to spend the first 6 weeks of school reviewing the last year's materials. So, my kids have summer learning stuff to do. I have discovered the wonder of lapbooks, which is a really cool tool for learning. I see them like this: a hybrid scrapbook/learning journal/pop-up book. We are all studying the same subject at the moment: the solar system, with an emphasis on the constellations and planets. I read to them, I point out words or ideas that might be noteworthy, wait while they take notes (even the almost second grader and the almost Kinder do this...to their level). I have a ton of books from the library they can read whenever, too. We spend 30-45 minutes doing this. We will work our way up to an hour as everyone gets the hang of it, and I expect the older kids to spend more time than the younger ones. After we have gathered our "notes," we will start our lapbooks. Go to HERE to the website "Homeschool Share" for an entire section on lapbooks. They have pre-made fill in the blank templates for many, MANY subjects. They also have blank ones that you can customize yourself. Really creative people will have a ball with this project, and my boys are super interested because it is a hands on projects.

My kids have to read for 30 minutes... This will be extended to an hour in a few weeks. I am working with my "I hate school" boy at the moment, and 30 minutes is all we can handle of him reading aloud to me. WE are working on it.

I am tired of doing all the cleaning by myself, and while it is faster and better done if I do it, I really don't want to be the only person cleaning. So, I am taking this summer to put more responsibility on the kids, and I am forcing myself to be patient. I am working with (instead of just telling) them. I schedule this time so that I do not freak out on them. Because I will! I am a time freak...it's a hot commodity in my house.

I also have my own projects that need scheduling, and I am a big fan of free time for the kids. They must have time to relax and have FUN over the summer, especially after being cooped up all year in school.

So, this is my rough "routine" for summer. I like that it forces me to focus on the task at hand, and it lets me worry about future stuff at a future time, and keeps us all from stressing.

**Disclaimer** I put times and days on there, but sometimes I feel like sleeping in. Or sometimes Ryan will have a random day off and we might go somewhere. We stick to it, more or less, but knowing that things come up, it's no big deal. I figure if we keep the schedule HALF the summer, we are GOOD.***

*Clean the house... yikes. It can get done. This is painful. But nice...we all feel better when the house is somewhat tidy. Yes, it will get a little trashed during the day, but a little is better than a lot!

**Quiet time: this is when I do my stuff. "Quiet" is also subjective... right now Ed is cheering for Percy Jackson upstairs (love that movie!) and I can hear Will and Kacy playing some make believe game in their bedrooms. This is the time I have them out of the heat, and under some control (we have a large roaming grounds), and this is when they can just be KIDS.

Anytime they finished early with something, that is their time to do whatever. We may get off by an hour here or there, but no biggie.

Some days will look different: for example, on Thursdays the kids and I will head to the school and teach music, and then swim for an hour. On Saturday afternoons, you will find us at the library, participating in their activities, and checking out books. Will is really interested in hiking, so those days will be "field trip" days. Sundays are not scheduled at all... we get up and go to church and chill the rest of the day.

This is what works for my family. Like I said, this is not a bell ringing, task master kind of schedule. This just helps ALL of us get things finished, while maintaining some sanity for mom, and keeping the kids from being too bored.

I have no idea what we will study after the solar system... probably Greek mythology (and greek root words, yay!) because the kids are reading "Percy Jackson and the Lightening Thief" (and the rest of the books). We will see what interests them, and what the Homeschool Share lapbooking site has to offer in the way of easy ideas.

(Another side note: I have recently decided I prefer my kids to made mud pies/volcanoes closer to bath time. Early morning mud is kind of a pain to clean up.)
Posted by Karrie at 1:05 PM 2 comments: