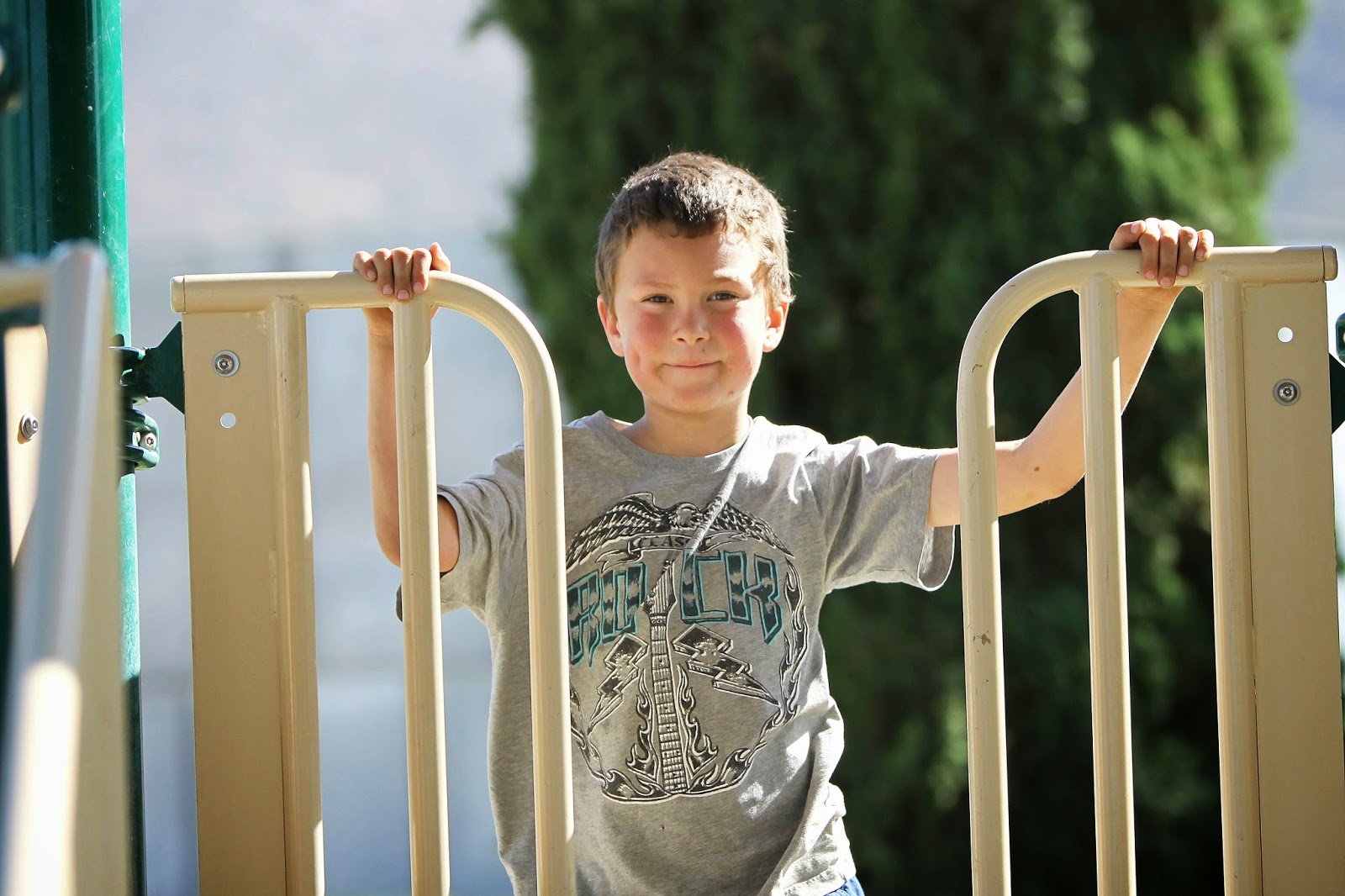 Sure, he still eats like a caveman, and is the most aloof person I know. Sure, I sometimes wonder if he is a total weirdo because he is forever talking to himself, muttering things to inanimate objects.

"Hey, Ed! Were you just talking to that tree?"

Some things about Ed: He is VERY loving. He does very well in school, and according to his teachers, it is without effort. But, he doesn't do anything "extra." He's good with what is required. He wants to be a mad scientist when he grows up. He is fascinated with dead animals and their parts. In just the last few months he has had a bird heart in his pocket, followed by a dead lizard, and a dead mouse he was saving for later in his hygiene bag. He is begging me for a pet. He doesn't care which kind, but he needs an animal to take care of. His favorite food is chicken legs with a side of macaroni and cheese. He hates pot roast. He loves to read silly books, and LOVES to watch the Lord of the Rings and Hobbit movies. (He loves Star Wars, too. Those take second place.) His favorite color is orange, and he owns three orange tee shirts that he rotates through the week. He loves his bow tie he got a few years ago for his birthday. He still wears it and prefers a bow tie to a regular tie. He loves his mom. He has a hard time being hungry. He must be fed at all times. He has a great singing voice, and he considers whistling to be his best talent. His favorite sibling to hang out with is Kacy, because they "talk together a lot." (Let's face it: Will is great to play with, Jessie is Jessie, so if a guy needs to talk, Kacy is your girl.) Ed loves bacon. He wants to play baseball next year. He has a kind heart. I no longer worry about losing Ed (so much).

All in all, he is a great kid, and he can't wait to be baptized with his cousin Sara-Jane.