Play Ball! Reflections On the First Year of Little League 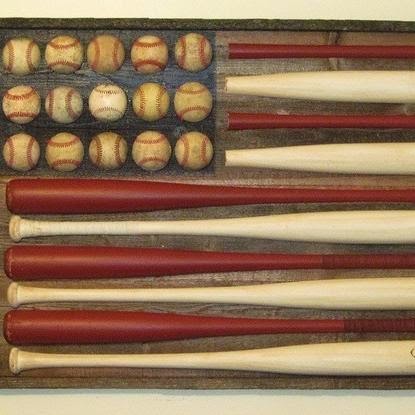 The first season of Little League is over. If I had to share advice with someone considering putting their kid in Little League, or someone who did and wasn't happy with it, this is what I would say based on what I learned over the last few months.

1.) Your kid is not a star, so the diva parent thing is a no-go. No, it's true. While your child may have talent, a natural propensity for the game, and maybe even he puts in a lot of time at home honing his skills... chances are he will not make the MLB. And guess what? This is GREAT. That means he can relax and have fun while he learns. Yes, your child should take it seriously enough so that it's not a waste of your time and gas money. But, they are just kids. If you really want to take baseball seriously, go play or something. Put your inflated sense of "When I played ball..." on a shelf somewhere. I met some diva parents. They are nice enough people. But they can be unpleasant around their child's sports events. You know you are a diva parent if your question the coach as to why your child is not in a certain position at a certain time, or you get mad at other players for messing up, or you gripe and complain about everything you see going on around you.

2.) Your ego and reputation do not hinge upon your child's batting average or awesome catches, or the lack thereof. Um, really. I want my family name to be positive in every way possible..."Hey, that Bunting kid is pretty good..." but when it comes down to it, it just doesn't matter. I would rather hear, "Hey, that Bunting kid sure tries hard..." or, "Hey, that Bunting kid is a great sport." My nine year old not having a clue how to defend home plate as a catcher does not mean I am a horrible parent, or that I am a horrible ball player. (Even if I am a horrible ball player.) This was kind of hard for me. Ryan and I truly do the whole, "We are the Buntings. We do this and that. We don't this and that." Like a family pride thing. Most of the time I see that as a positive. It became a negative for me during Little League. I had to check myself. I still do. It took me a few months, but I got over it.

3.) Kids learn so much more than we see, without us. It's okay to step back. We get so caught up in this coach doing this one thing, or not doing something how we would do it, that we are forgetting that the best thing about being on a team with a coach is that our children learn from other children, and it is great career practice to be able to take direction from people with different styles. You will love some coaches, tolerate others, maybe even wonder what they are thinking sometimes...but they are just like you, except for one difference: they stepped up to the plate and volunteered to help out. Put up, or shut up. Those kids on the field and in the dugout? They are learning all the time. Unless a coach is verbally abusive, let it be. Know why? When your super star does make college ball or the MLB, the last thing you are going to do is correct the coaches and managers. It's hard to cut those proverbial apron strings. Practice now.

4.)Every game is a good game. Lower your expectations. Trust me. The game becomes a lot more fun when you expect them to lose, but encourage them to play and have FUN anyways. Even if the umpire makes a wacky call...so what? It's not like there is some permanent record that follows your kid around to college that says he struck out on Saturday the 8th @ 11:32am when he was 12 years old.

5.) Let the kids be kids. We want our children to do the best they can in everything they do... being a good citizen, getting good grades... and being a good ball player is no different. But think way back to your second, fourth, or sixth grade year of grammar school. You were clueless. Let your children be clueless, too. If you choose to work with them at home, great. But if you suck the fun out of it, they'll quit before you know it. Then you'll be watching other people's children play.

I write that based mostly on the last two weeks of the Allstar tournament. My expectations didn't match what I saw. I got a little frustrated with it, at first. But then, a wonderful thing happened. I stopped caring! It was so much more fun when we were getting our fannies whipped by the Tehachapi team. We lost like 21-3 or something. Which is better than what I had heard...at the second inning I swear I heard that the score was 32-3! I knew it was going to be tough for Will, with his lack of experience and his social shyness. He was intimidated by the older boys and the new coaches. He didn't play catcher once in any practice, so he was out of his knowledge and comfort zone. He did volunteer to catch several times, but was always turned down. In one of the tournament games he volunteered to warm up a pitcher out on the field, and they let him. Of three pitches, he caught two, and dropped one. Did I care? Not really. I was thrilled though, because he didn't give up. The tournament was so different than our really "happy" experience during regular season. Not that it was so awful, but it definitely had a different feel to it. The little boys were all kind of depressed. Hey- it was like being a freshman in high school! It stinks to be the little guy. Once I realized there was only four of them, I knew it was going to be that way, and I thought I was okay with it. It hurt my pride a little though. But you know what? Every game is a good game. Any time Will gets to play and practice is a good thing, because he is always learning something.

Did I struggle with my advice above? Actually, at times, I did! I can be all like, "Don't tarnish the family name!" Lol. Mostly with the quit attitude...Bunting's never say die. Wait, that's the Goonies. Same thing, though. Did I sometimes think Will should be better than he was? Yup. I found myself wondering, "Why can't he just catch that?" or, "When will he get the whole batting thing down?" The parents during regular season were all pretty great. The only parental complaint I heard was about the weather. I got to be around Allstar parents this month. They were different. I complained to Cori in Bakersfield, whose boys play ball there, and she patiently said that my experience sounded perfectly normal to her for Allstars. Which cracked me up. It made me feel better. Cori and I are similar in that we don't get worked up about stuff very often, so it was nice to have someone as a sounding board. After being frustrated after the first two practices, she didn't judge me, and made me feel normal. I learned very quickly that sometimes it is the nature of the game, and that the GAME is a lot more fun when you lower your expectations!

I will not lower my expectations of having Will try hard, hustle, be respectful, and be a good sport, but when I stopped worrying about him, I enjoyed the game. When I let go of the responsibility of his feelings and attitude, I enjoyed the game. It is hard to watch your kid be upset with disappointment because he feels like the worst player on the team. But it is wonderful, when two days later after losing yet AGAIN, he says, "I had a lot of fun today. I got to bat, and I got to play right field for two innings. It was fun."

That's the point, isn't it? To have fun?

And speaking of fun...I am seriously thinking about volunteering as as assistant coach for the minors. I had such a good time working with the boys at practice. And, I like to think I have a talent for making learning kind of fun... so I could totally be practicing with the outfield while others are batting, and you can catch us listening to appropriate music (my kid baseball playlist, anyone? Hello, Elvis.), singing, and playing ball. They would have so much fun, they wouldn't even realize they were doing drills. Only problem is...I kind of need a coach. Who wants me?
Posted by Karrie at 1:29 PM